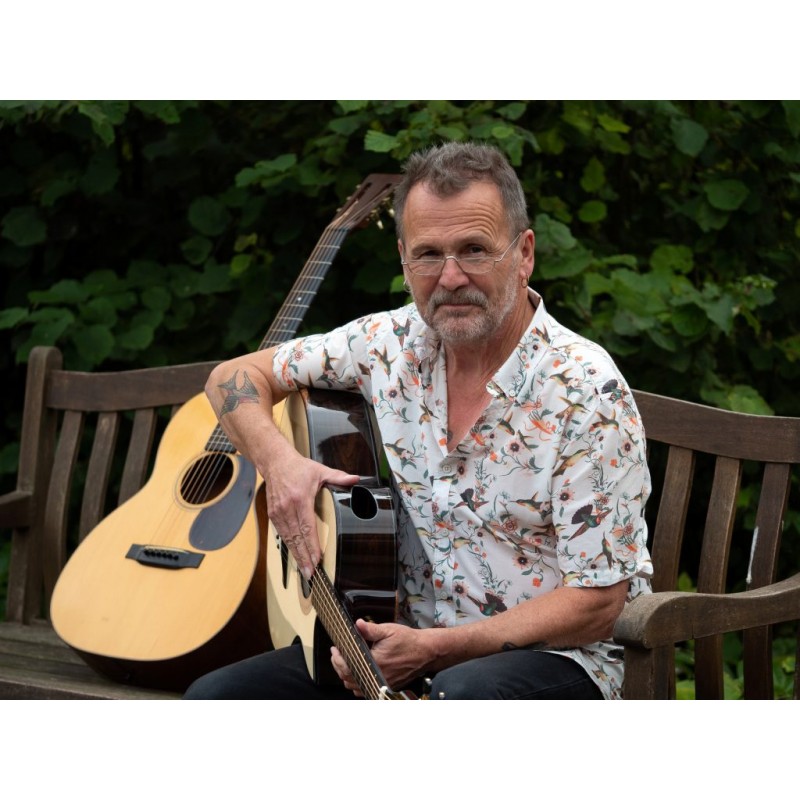 -This concert has limited capacity and will socially distanced-

“Martin Simpson has transcended borders and oceans to quietly become a superb storyteller and musician of great depth and unquestionable taste.” Stephen Fearing

The remarkable intimate solo performances Martin gives go from strength to strength – every gig is a masterclass. He travels the length and breadth of the UK and beyond, giving rapt audiences passion, sorrow, love, beauty, tragedy and majesty through his playing.

“What’s it like being the best guitar player in the world…?” Martin’s modesty and grace prevented him from answering this BBC Radio 4 interviewer’s question recently, but the facts speak for themselves.

40 years after he recorded his first album, Golden Vanity, in 1976, Martin is known as a guitarist of formidable talent. Equally at home playing English traditional folk, American folk and blues and his own compositions, he is consistently named as one of the very finest fingerstyle guitar players in the world.

He is listed in Gibson Guitars’ Top 30 Acoustic Guitarists of all time, and Acoustic Guitar readers voted him number 12 guitarist in the world in 2005.

Universally acclaimed as one of the finest ever acoustic and slide guitar players, and a fine banjo-picker to boot, his solo shows bear witness to an artist at the very top of his game. Whether interpreting material from tradition or singing his own potent self-penned songs, Simpson is a remarkable storyteller: captivating and profoundly moving. His own songwriting produced the poignant ‘Never Any Good’, from Prodigal Son, 2007’s Folk Album of the Year.